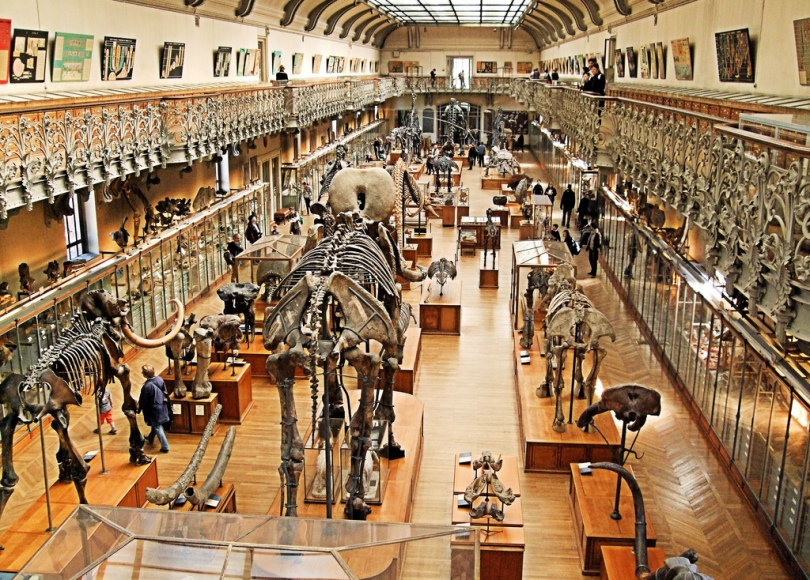 Experts at the Stanford Research Institute for Educational Advancement have released a report with a controversial conclusion about paleontology. After an exhaustive study of nearly 200 years of fossil evidence, they have determined that vertebrate paleontology–or more specifically, the study of dinosaurs–is rife with fraud.

Fossil fraud is a huge problem in the paleontology industry, so discovery of a massive cover-up should come as no surprise. However, it is the controversial conclusions of the respected experts that has the scientific community reeling.

The cold, hard scientific facts laid out by all researchers involved in the project revealed something that is rocking the paleontology world. The report strongly questions the validity of the study of dinosaurs, and even suggests that it be downgraded to a pseudoscience.

In their most stunning revelation, the experts actually suggest that it’s possible thatdinosaurs never existed in the first place. The researchers personally examined millions of fossils behind closed doors in museums in order to reach this conclusion. The team discovered after their extensive research that they were unable to confirm that any of the fossils they examined came from any type of dinosaur.

“We were unable to conclude that any of the of fossils we  examined came from any creature such as a dinosaur. We state our conclusion the risk of sounding like conspiracy theorists, but based on the evidence, we have no choice. We have strong doubts after our years of dedicated and painstaking research that dinosaurs ever existed at all. It seems, based on the evidence, that dinosaurs are the conspiracy.”

According to the report, the large portion of the fossils examined by the team are from extinct animals, but not from dinosaurs. Some are from animals that died within the last 50,000 years, according to the team.

And the report contained even more embarrassing information. Some of the fossils were actually made of petrified wood, clay, plaster, or plastic. The majority of dinosaur skeletons in museums today consist of a mixture of some or all of these fraudulent pieces, according to the research conducted by the experts.

“The so-called Spinosaurus is one example of a recent, massive fraud that was uncovered during this project,” the report said. Apparently, some long pieces of petrified wood were discovered in 1914 by a wealthy aristocrat, and then subsequently destroyed during WWII. He told a story to his children and grandchildren of a lizard monster with large spikes on its back, using the description of the petrified wood to describe the imaginary creature, and the story persisted throughout the years.

Paleontologists recently found some pieces of petrified wood and rock that reminded them of the story. They collected bones from several different animals, created some 3D printed parts, and brought to life the creature that was imagined in 1914.

But what they prepared was a figment of someone’s imagination. “We examined the pieces and parts that make up the Spinosaurus, and we have conclusively determined that they are not from a dinosaur,” the report said.

“I don’t understand how this can be,” Bob Marvel of Hell’s Creek, Montana said. “If these guys are saying these things I dug up aren’t dinosaur fossils, then what is they? I was told they were dinosaur fossils, and I believed it.”

The report also asserts that there appears to be no system of checks and balances to ensure that the fossils purported to be dinosaurs really are. And that some “discoveries” are complete frauds, based on absolutely no finding at all. The report really throws a blow at paleontology and threatens to change science as we know it.

One of the researchers said, “We find no indication that anyone is doing any real peer reviews on these findings, or really examining what is found, but rather these paleontologists are passing on bits of coyote bone or rock or even plastic as dinosaur fossils. It’s a widespread, unreported, and uninvestigated problem. Until now.”