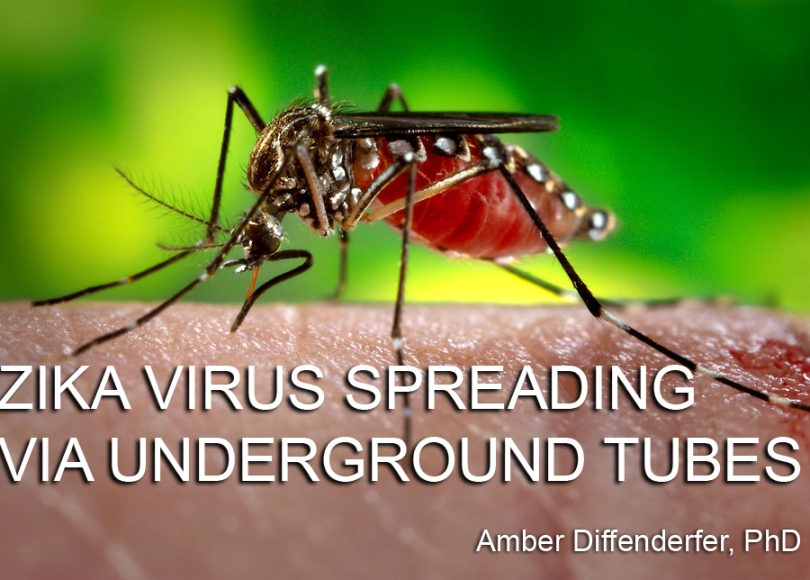 The Zika virus is spreading like wildfire across the world, and scientists think they know why.

Until recently, the Zika virus has had little impact on world. Many communities in Africa, where the virus originated, were reported to have developed immunities to the Zika virus over time. Scientists and entomologists have been crossing oceans for over half a century to study the virus, the mosquitos that carry it, and the people who are immune to it.

In 2007, evidence showed that the virus was mutating, changing, and increasing in virulence. The new, mutated Zika virus is much more powerful, and is spreading across continents at a lighting fast rate.

Researchers have been scrambling to figure out exactly what is going on with this virus, and why it seems to be popping up everywhere. Some desperate scientists have gone so far to suggest that it’s sexually transmitted. However, we know this is impossible due to the structure of the virus.

An investigation launched last year by the Nations United came to a shocking conclusion: villages in Brazil were intentionally infected with the Zika virus. It is thought that these villages were used for testing the dissemination of the virus.

“We examined all of the evidence and determined that these communities were some kind of testing ground for this virus,” Nations United spokesperson Sadie Sasanian said. “We aren’t entirely sure why this is happening, and we are not sure who exactly is behind these recurring biological attacks, but we have been able to determine how the virus was distributed,” Sasanian said.

A series of underground tubes may be to blame

Alaskan Senator Theodore Fulton “Ted” Stevens, Sr., the longest-serving Republican senator in history, has been a major pioneer of the Internet as we know it today. He is also famous for revealing in 2007 (the exact same year the Zika virus began to mutate) something that we weren’t supposed to know: the Internet is actually a series of underground tubes that connects people worldwide.

Stevens also revealed that those tubes can be filled with materials, which in turn can be transported to all parts of the world. The materials that travel inside of the tubes are nearly undetectable.

The underground tubes form a huge, fiber optic network underneath the Earth’s crust. As revealed by Senator Stevens, these tubes can be filled with the Zika virus and transported to unsuspecting villagers.

“We know that computer viruses can be spread through the Internet,” Sasanian said. “And now, thanks to Senator Stevens, and the tireless work of our investigative team, we know that the Zika virus can also be spread through these tubes.” This explains why the virus is spreading so rapidly, and showing up in so many different parts of the world simultaneously.

Nations United says an anti-virus program will not work to prevent the spread of Zika through the tubes. There is no currently no cure, and no means of prevention, aside from building up a natural immunity.

“Basically at this point, every adult in the world is at risk of contracting the virus and developing microcephaly,” Sasanian warned. “We are in danger of entire populations of heads shrinking. It’s a serious problem we need to find a solution to.”