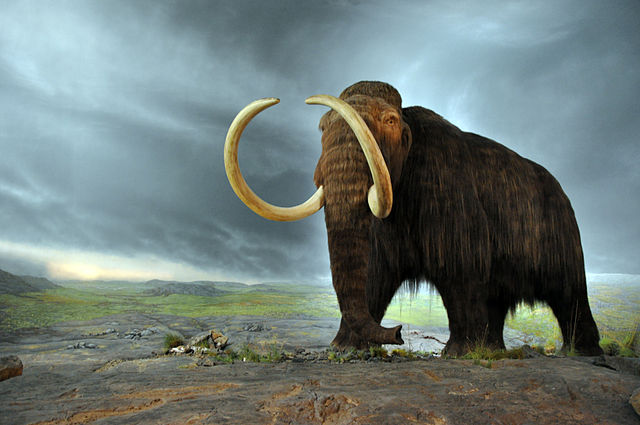 An exciting new discovery about woolly mammoths paints an incredible picture of what might have caused them to go extinct. A recent DNA study of two different woolly mammoth specimens from different areas of the world have provided new information to suggest what the last woolly mammoths to live on this planet may have experienced that ultimately contributed to their demise.

Scientists believe that the last woolly mammoths to exist populated what is now known as Wrangel Island. The island is a federally protected nature sanctuary governed and managed by Russia’s Ministry of Natural Resources and Environment, and the only human activity allowed on the island is for scientific purposes. When woolly mammoths inhabited the island approximately 43,000 years ago, researchers believe that Wrangel Island was more like a Pleistocene Jonestown.

“We have uncovered significant evidence to suggest that the woolly mammoths died in some kind of mass suicide pact, all at the same time,” a scientist told us on the condition of anonymity. “However, the woolly mammoths lacked the ability to kill themselves quickly or effectively, so this event appears to have been planned for quite some time.” Scientists think it took the woolly mammoths well over 100,000 years to complete the pact. “Needless to say, the information is shocking.”

The scientists believe woolly mammoths may have migrated to Wrangel Island purposefully so they could carry out their plan of inbreeding in an isolated environment without any interference that may have thwarted their sinister plan. But scientists aren’t sure how the woolly mammoths got to the island in the first place, given its location about 87 miles off the coast of Russia. “Did they swim? Did they have some kind of flotation device? Figuring out how the woolly mammoths got to Wrangel Island is going to take some time.”

Scientists believe this newly discovered information about woolly mammoth extinction could give us clues to keep other species from eliminating themselves. It is also believed scientists can now more easily identify where these long-term inbreeding suicide pacts are being played out, including those inbreeding pacts that are happening within specific existing regional homosapien communities. “We’re watching Arkansas closely,” the scientist said.